Will US Climate Policy Be Defeated by the Enmity Within? 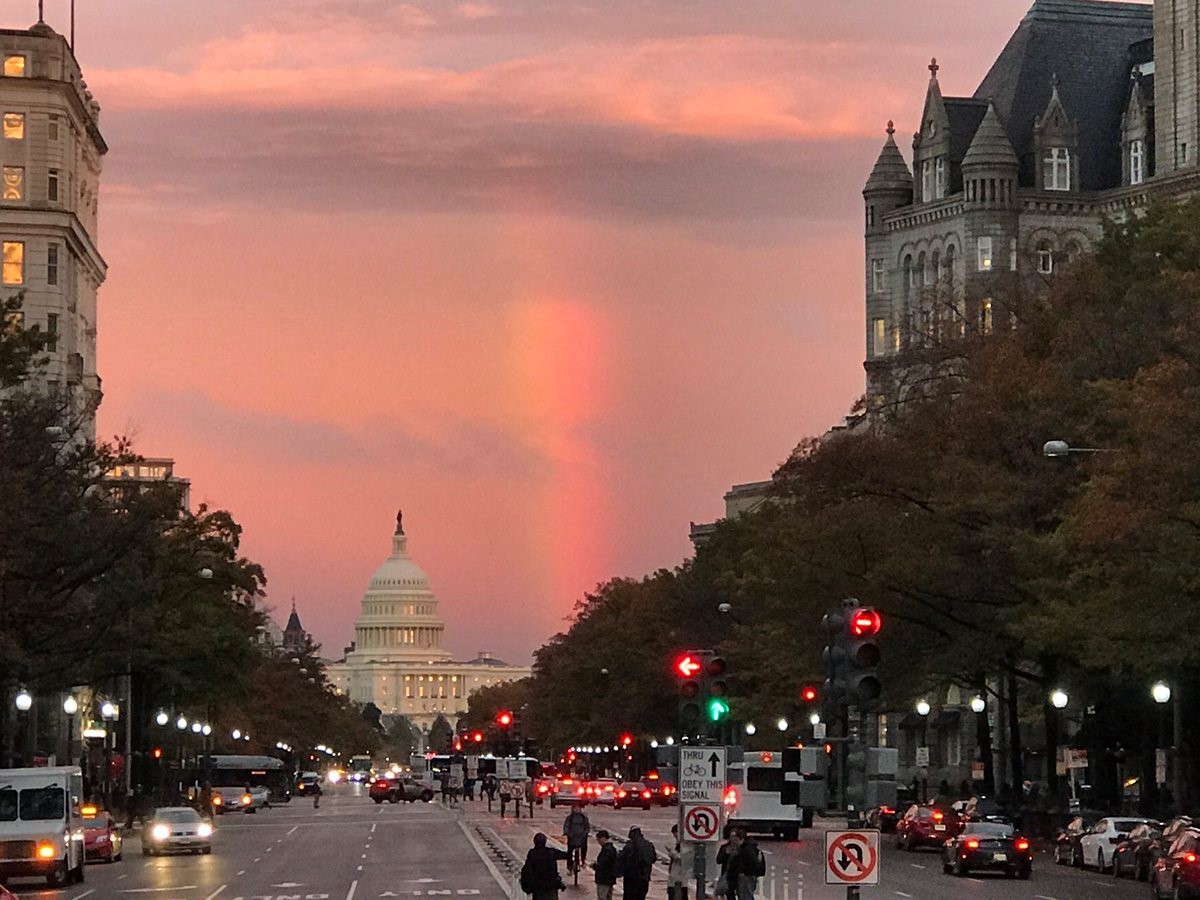 Washington continues to be in the throes of a knock-down, drag-out fight between Democrats in Congress and the White House over the two pieces of BIG legislation that matter most in terms of national climate policy — infra-structure and the President’s Build Back Better Act, otherwise known as budget reconciliation. With time, it’s become apparent not all the Democrats along Pennsylvania Avenue have the same understanding of how the reconciliation process should work — at least within the same party.

The term reconciliation comes from the transitive verb reconcile, for which there are several definitions:

1(a): to restore to friendship or harmony //reconciled the factions

1(b) : to settle, resolve //reconcile differences

2: to make consistent or congruous //reconcile an ideal with reality

3: to cause to submit to or accept something unpleasant // was reconciled to hardship

If the reports are accurate, as I believe they are, Senator Joe Manchin (D-WV) has successfully gutted the President’s proposed Clean Electric Performance Program (CEPP) from the Build Back Better Act.

It appears, therefore, that the conservative coal-state senator is operating on the third meaning of reconciliation — to cause to submit or accept something unpleasant. In this case, the unpleasantness is a much-reduced Build Back Better budget of between $1.5-$2.5 trillion numbers significantly below Biden’s proposed $3.5 trillion and between $4.5 and $3.5 trillion under what progressives like Senator Bernie Sanders (I-VT) have said are necessary to accomplish the multiple priorities of the President’s promised agenda.

The CEPP is tantamount to a national clean electric standard. It’s something of the long way around as policymaking goes. The plan was to pay utilities to generate power from clean energy sources like solar and wind while penalizing those who rely exclusively on fossil fuels.

The reason it’s a somewhat convoluted way to get from Point A to Point B is the requirements that govern what can and can’t be included in a budget reconciliation bill. To be eligible under the rules, a program must have an impact on government revenues and/or expenditures.

The electricity proposal was the most critical element of Biden’s climate agenda regarding reduced carbon emissions — the culprit most responsible for Earth’s warming. Manchin’s opposition to the proposal is very Republican-esque in claiming the program would be paying utilities to do what they are already doing.

Manchin has faith that the private sector will do what needs doing and validates it by veiled reference to utilities already using clean energy sources into their generating mix.

Although a seemingly rational sound-bite, the West Virginia Senator’s claim is untrue. Yes, some utilities are doing it, and more will do so in the future based on price competitiveness.

But, it isn’t really the point, is it?

The challenge is climate change and responding to it in a timely fashion. Once time is factored into the equation, Biden’s climate plan — as aggressive as it is or would have been — was hardly enough.

Manchin isn’t the only Democratic senator who sees the reconciliation process as a beat-down of his party’s president and a large percentage of his caucus. Of the other Democratic senators, Kyrsten Sinema is the most vocal in her opposition to the President’s proposals. Sinema’s contentiousness is all the more difficult because she hasn’t let anyone know what it is she’s after — beyond a significantly reduced budget line and no new taxes for corporations on the wealthy.

The real tragedy here is the nature of the fights that are currently going on within the Democratic ranks. It’s rumored that Manchin’s demands are driven by his opposition to progressives rather than the programs.

The rumor has some credibility in that Manchin and Senator Bernie Sanders (I-VT) have been going at it hammer and tong over the past weeks. Manchin was particularly miffed by Sanders’ aggressive editorial in the Charleston Gazette-Mail — a hometown West Virginia newspaper. Moreover, Manchin has never been shy about his feelings towards a green new deal.

Every Republican in Congress as well as the drug companies, the insurance companies, the fossil fuel industry, and the billionaire class — as defenders of a status quo in which the very rich get richer while ordinary Americans continue to struggle to make ends meet. (Emphasis added)

Manchin still has strong ties to the coal companies and earns an estimated $500K a year from his business dealings with mining companies in the state. It’s likely Manchin didn’t much care for the allusions to the fossil fuel industry or defenders of the status quo.

Manchin, for his part, tweeted This isn’t the first time an out-of-stater has tried to tell West Virginians what is best for them despite having no relationship to our state. The consequences of these two senior senators going after each other on personal and political grounds are compounded because each heads a powerful committee.

Sanders is chair of the Senate’s Budget Committee that has jurisdiction over the reconciliation package. Manchin heads the Energy and Natural Resources Committee responsible for putting many of the policies and programs funded by the reconciliation bill into practice. The more visible clashes between Sanders and Manchin are only the tips of the problems within the Democratic ranks. The real dangers are lurking below the surface.

Senators like Tina Smith (D-MN) and House members like Pramila Jayapal, who heads the Congressional Progressive Caucus, are unsure, at this point, whether they are willing to support a bill that doesn’t include the CEPP. Manchin’s vote is essential, but is it more critical than that of another Democratic senator or representative?

There is a cautionary tale to be told here. The enmity within Democratic congressional ranks appears to be rising. Should it continue to do so, the most significant opportunity in a generation to combat climate change and begin to compensate for all the environmental injustice done to communities of color and low incomes could be denied.

In the final analysis, if national policies and programs capable of combating climate change in a meaningful manner are to be enacted, then the Democrats must find a way to reconcile their differences in ways consistent with words like harmony and congruous.

It is, I know, a task that is easier said than done. Nevertheless, it’s the task at hand.