Time to rethink our relationship to nature 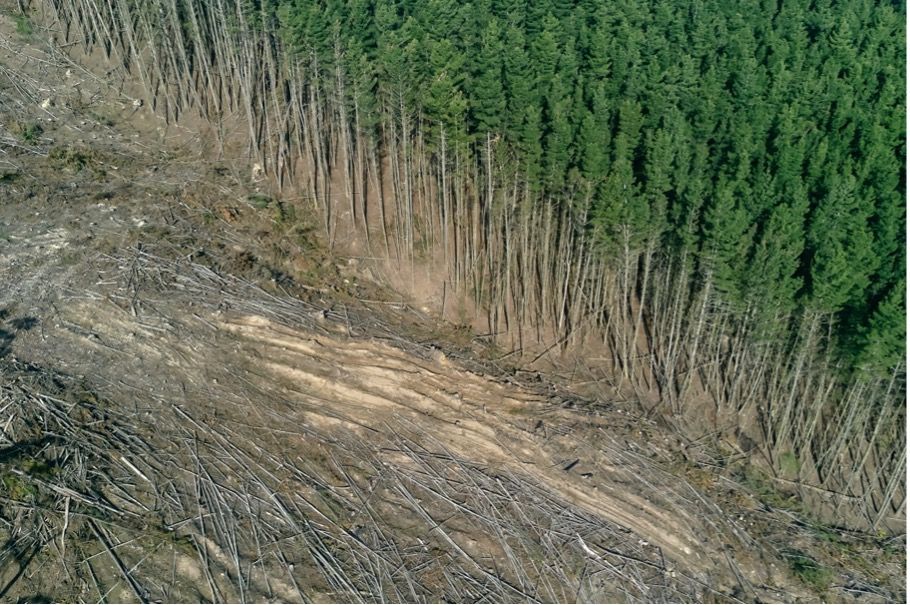 Is it time to fundamentally rethink the way we relate to nature? How to better integrate the non-human into our decision-making process? Does nature have a value in itself? The field of environmental ethics provides an enlightening approach to these questions as it focuses on the complex relationship between humans and nature.

The impact of our modern societies on natural ecosystems is colossal and environmental indicators do not show any type of a breather. For example, the fact that the greatest rate of deforestation in the Brazilian Amazon during the past decade was in 2020 or that the concentration of global atmospheric C02 levels in 2019 was higher than at any point in the past 800’000 years proves that there is something wrong with our relationship to nature. But why is it so difficult to integrate the well-being of non-human entities into our decision-making process? Should we deeply rethink our relationship to nature? Why do we usually consider human needs to be more important than that of non-humans? If these questions spark your interest, you may want to dive deeper into the field of environmental ethics.

Did you say environmental ethics?

What exactly are we talking about? Simply said, environmental ethics is a discipline of philosophy that studies the moral relationship of humans to nature with the perspective of defining what is good or bad, just or unjust. This academic field also examines the value and moral status of the environment and its non-human contents.

Historically speaking, environmental ethics emerged as an academic field in the 1970s with two significant papers published in 1973. The first one, from the Australian Philosopher Richard Sylvan (born Routley), explored the limits of western anthropocentric ethical tradition as a basis for a new environmental ethics. The second one, written by the Norwegian philosopher and mountain climber Arne Naess, provided a new vision for what ecology could be and led to the birth of an ecological movement: Deep Ecology. Other significant authors, such as Aldo Leopold, Holmes Rolston III, John Baird Callicott, or Paul Taylor have also served as pioneers in this academic field.

Does nature have value in itself?

One of the central and stimulating debates within environmental ethics is the distinction between the instrumental and intrinsic (non-instrumental) value of an entity or object. To put it simply, on the one hand, the instrumental value of something is defined as a means to a desired or valued end. It is always derivative on the value of something else and is always conditional. On the other hand, intrinsic value is the value that an entity has in itself, for what it is, or as an end.

To make it clear, let us look at an example: if we value a plant because it provides a specific component for medicine, that is its instrumental value. If we consider that plant to have a value in itself, independently of potential other ends such as our health or an aesthetic experience, that is its intrinsic value.

As you may have guessed, there is usually no controversy around the fact that an ecosystem or a species possesses a wide array of instrumental values (e.g., cultural, medicinal, spiritual, natural resource, ecosystem services, etc.). However, what is mostly contested within the literature is whether these ecosystems or species have an intrinsic value in themselves. Indeed, from a purely anthropocentric stance, the intrinsic value is only attributed to humans. However, various environmental ethics authors have discussed the potentiality of assigning such a value to “superior” animals (e.g., Tom Regan), to all animals (e.g., Peter Singer), and plants (e.g., Paul Taylor). Other authors, such as Eugene Hargrove, have gone even further by discussing the intrinsic value of entire landscapes, ecosystems, or even of the entire Earth (e.g., Holmes Rolston III).

As environmental activists, it is crucial to understand the arguments used in the field of environmental ethics, as it will help develop the way we communicate with various stakeholders. Indeed, even though we should not make any concession on our values and vision of a sustainable world, it is always crucial to remain flexible and open to discussion. In our quest, we will get to meet people from diverse economic sectors and cultural backgrounds and having a complete overview of the alternatives to the current destructive anthropocentric approach will help us convey a different and more inclusive speech and hopefully convince others that the environment is worth saving because it has a value in itself. We are unfortunately not there yet; the road is still extremely long and WeAct can assist us in this endeavor as we become more efficient in conveying our message.

If you would like to learn more on the various debates within environmental ethics you may begin with the following list of “classics”:

Richard Routley (1973), Is there a need for a new, an environmental, ethics?

Arne Naess (1973) The shallow and the deep, long-range ecology movement. A summary

Peter Singer (1975) Animal Liberation: A New Ethics for Our Treatment of Animals****