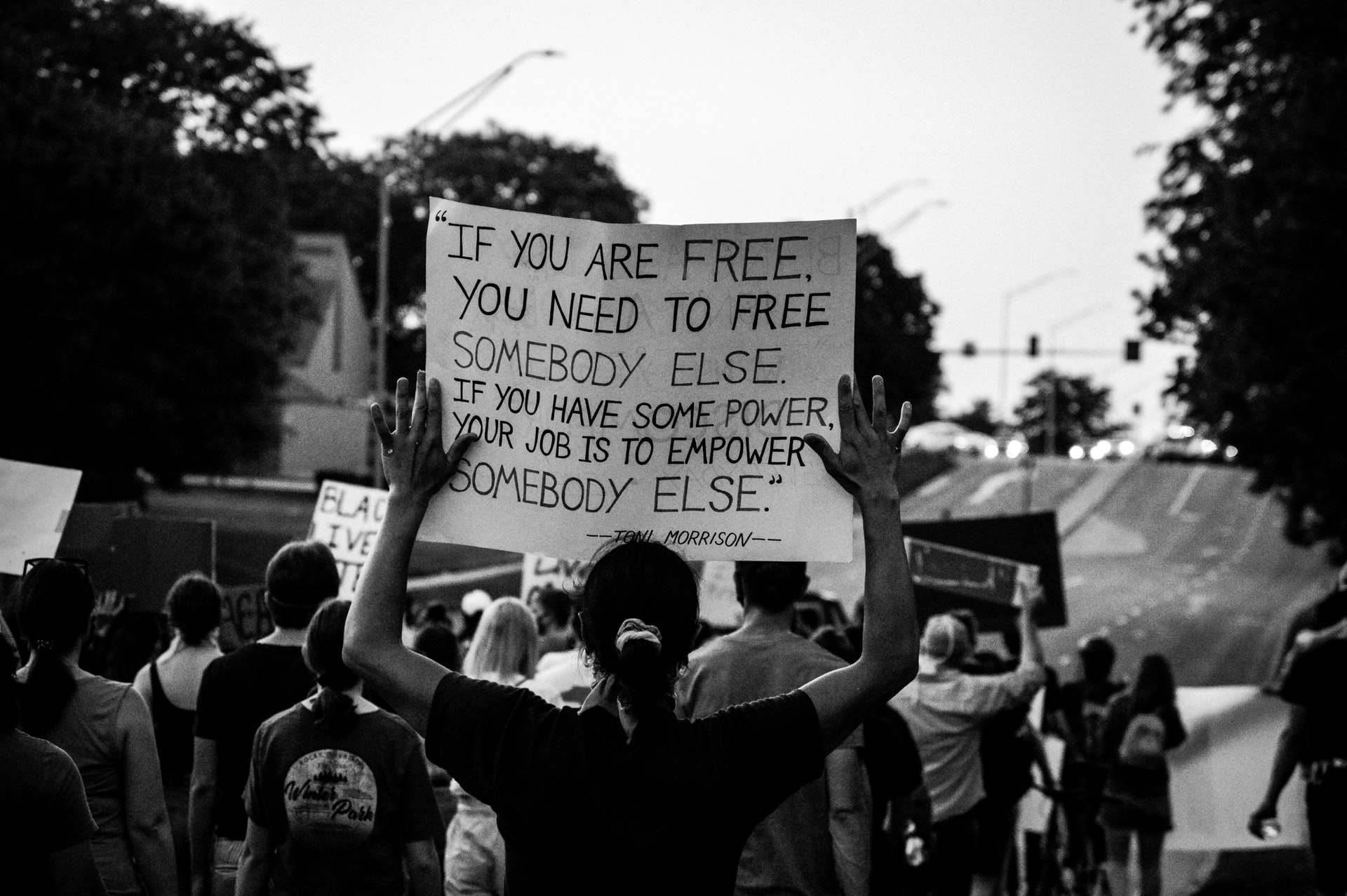 As we head into the holiday season, it’s easy to get caught up in the hype of holiday specials and gift-giving. America’s top companies are in our face—just like they were in 2020 when many responded to the uprisings and calls for racial justice by making commitments. Oftentimes these ‘commitments’ have turned out to be nothing more than misleading PR strategies. Here’s what to know and do about superficial social justice.

After George Floyd’s murder in May, 2020, you couldn’t open a newspaper or listen to the radio without hearing something about the events that transpired. Momentum continued to build, with more fury and fear about the other 1,068 people (many Black) killed by police in the year to follow. Amidst historic protests—deemed the largest movement in U.S. history—companies from Quaker Oats to Sephora made statements, cancelled shows and products, and sent donations and words of support.

But does all of this mean? A year and a half on, are companies still committed to social justice? Were they ever? WIth millennials making up more of the country’s buying power and with 83% wanting brands to align with them on values, pro-social justice action (even if pretend) has never been more profitable.

For Corporate America, performative allyship has coincided with the rising wealth of many CEOs—with little evidence that diversity, inclusion, or racial justice have really infiltrated their companies.

If we take a close look at some of the ‘efforts’ established in 2020, it now looks more like lip service. American companies pledged to support Black communities with more than $50 billion, but we have yet to see much of that materialize. According to an analysis, a mere $250 million has actually gone to specific initiatives (civil rights organizations, communities of color, training, etc.).

Tracking the money is nearly impossible—with much of it donated to “unknown” or “multiple” recipients—and finding what was done with the money is even more difficult. We do know that of the $49.5 billion from America’s 50’s biggest public companies, 90% was in the form of investments or loans that the companies themselves could stand to profit from. According to the Mismatched: Philanthropy’s Response to the Call for Justice report, no funding, headline, or pledge translated into significant support for Black-led, grassroots organizations.

Has 2021 Brought a Renewed Sense of Solidarity?

2021 started with TikTok launching an incubator program for Black creatives. Less than half a year later, many Black creators went on strike or deleted their accounts on the basis that TikTok “handles their account and content in ways that seem unfair and racially biased,” according to the Los Angeles Times.

With an early-2021 commitment to “advancing racial equity and environmental resilience,” Starbucks will fund $100 million via their Community Resilience Fund by 2025... but they also banned staff from wearing Black Lives Matter t-shirts in 2020. Shortly after their funding commitments, a California location made the news for forcing a Black customer to wait outside.

This year has brought the coffee company record sales.

Starbucks, like many of the other companies mentioned in this article, has a long history fraught with racism and discrimination accusations. This requires us to look critically at their action (or inaction) and consider that profit is everything—even if it means posing as social justice warriors for a few months, until we forget all about their carefully-crafted Instagram posts or “diversity and inclusion” plans that bear no weight.

Recent years have, time and time again, proven the inadequacies of the corporate world in addressing social and environmental problems. That’s why it’s up to us to make demands and take a stand for the kind of world we want to live in.

So, look beyond website headlines and diversity plans for actual, on-the-ground action. Demand that your favorite companies use their billions of dollars of profit for good. Join in solidarity with workers who strike against racism and discrimination. Above all, stay connected, using the WeAct app.