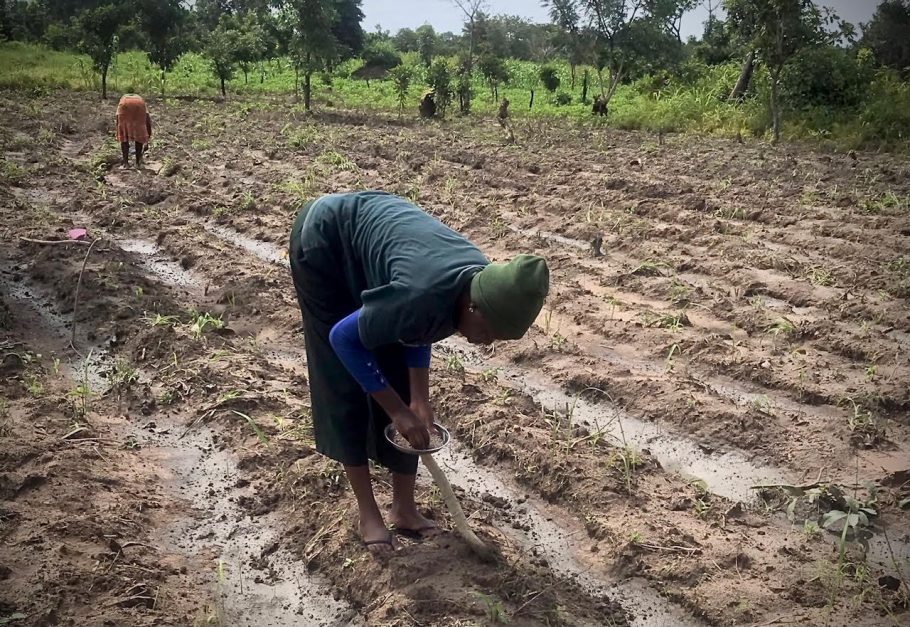 My name is Kaossara Sani. I am a peace and climate activist from Togo – a small country in West Africa, and one of the world’s 46 least developed countries (LDCs).

More than a billion people spread across Africa, the Asia-Pacific region and the Caribbean are suffering disproportionately from the ever-increasing impacts of climate change, despite historically having contributed the least to the global warming that causes it. I am one of those people.

Even though the debt burden of the LDCs has continued to rise due to the effects of climate change and external conflicts – exacerbated by the impact of the COVID-19 pandemic – on 25 October 2021, the COP26 presidency announced a Climate Finance Delivery Plan which states that the wealthy nations’ promise to provide $100 billion per year cannot be fulfilled until 2023. The saddest aspect of the broken promise is the fact that many more people will have died by 2023, and no amount of money will bring them back to life.

To address all the problems caused by climate change, the developing countries’ financial requirements easily exceed $100 billion per year. For example:

• The LDCs’ climate action plans (NDCs) are estimated to cost $93.7 billion per year.

• The developing countries’ adaptation costs are estimated to be $70 billion per year at present, and that figure is expected to reach between $140bn and $300bn by 2030.

• It is estimated that, in developing countries alone, Loss and damage will have cost between $290 billion and $580 billion by 2030. That is why I am calling on you and on all the people of the whole world to join me in demanding the cancellation of $100 billion of the LDCs’ total debt every year – in addition to the delivery of the annual $100 billion that was promised in 2009.

Furthermore, I am calling on the wealthy nations to deliver climate finance in the form of grants, particularly to the LDCs, as their debt levels are already unsustainable.

They do not have the capability to manage any additional debt, whether it be for the mitigation of climate disasters or for the building of a sovereign economy that is independent in food and energy. Importing even more of those goods, owing to extreme weather events, has already trapped those countries in a spiral of ever-increasing foreign debt.

In addition, we demand that the G20 countries provide the LDCs with technical assistance by installing weather stations and by funding state universities’ research and development on climate change and weather prediction and on methods of adaptation for agriculture and for any areas that are facing an increasingly hostile climate and severe degradation of their ecosystems.

We urgently need climate adaptation science centers and technical institutes in every country, so that young people can obtain the knowledge and the skills that they need to innovate and produce solutions that will help their communities to adapt.

Also, we demand something else that has been promised but, so far, has not been delivered. The industrialized nations are obliged to sustain reductions in their ‘greenhouse gas’ emissions in keeping with their Paris commitment relating to the necessary target of 1.5C degrees.

Famine induced by climate change is costing thousands of lives in Madagascar right now, before our very eyes, and floods have displaced millions of people in Bangladesh – yet the G20 countries choose to ignore the fact that they are responsible for having caused the problem in the first place, and they have failed to put any really effective measures into practice. They should stop subsidizing the fossil-fuel industry and should take steps to curb their over-consumption of so many goods.

Please people of the world, from the sea to the desert, from the north to south and from the east to west, stand with us to oppose this climate slavery.

We must demand what is ours – Climate Justice and Climate Reparation.

Thank you very much for your valuable attention.