Climate Policy in a Binary World: Uttering and Other High Crimes and Misdemeanors 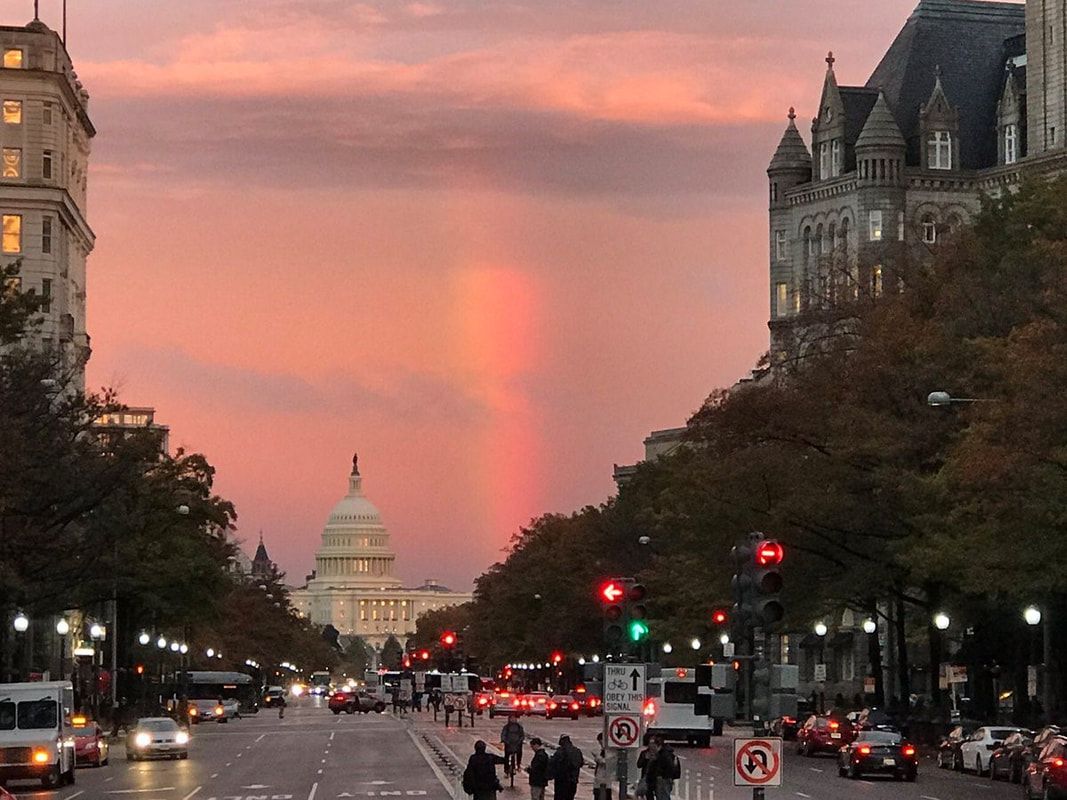 The new Republican line in Congress is they accept climate change as real and are on board with efforts to curb harmful emissions and combat Earth’s warming. I don’t mean to be rude, but it’s a lie.

I take no pleasure in saying congressional Republicans--for the most part—are guilty of utter-ing untruths. Moreover, I recognize that all Republicans are not climate deniers, just as all Democrats are not environmental defenders.

I want to be clear about where I stand on bi-partisan action because what I’m about to say will sound like I’m painting all Republicans with the same brush. It’s not my intention.

I have great respect for Republican members of Congress like Senators Murkowski (R-AK), Collins (R-ME), and Romney (R-UT), as well as Representatives Kinzinger (R-IL), Cheney (R-WY), and Upton (R-MI).
Take note that my respect is not because I agree with all of their policy positions. I don’t. I respect them because of their integrity and understanding of how fragile democracy can be and the need to defend it at all cost.

I readily admit that I’m a liberal in the mode of President Biden. I am of an age and experience that believes government works best when it works collegially—or at least tries to, honorably.

I recoil at the tribalism of today and the intolerance it breeds. I question any culture with so little faith in itself that it is unwilling to broach any subject that might make it uncomfortable.

BUT—I believe there are times and circumstances that call for digging your heels in and saying enough is enough! We—as a nation—are at that point, especially in climate matters.

I’m more than a mite suspicious about the willingness of former climate science deniers like House Minority Leader McCarthy (R-CA) to acknowledge the possibility that Earth’s rising temperature is not a good thing. The truth of it is McCarthy and many others in the Republican House caucus are saying climate change is real as a ploy to keep the nation largely on a fossil fuel standard.

My assessment isn’t based on their being Republicans.  It is what they are proposing in response to what climate scientists are saying. Under the rubric The Right Climate Plan for America, they are offering some three dozen bills that in sum will make it easier for the nation to continue on the fossil fuel standard—with some nuclear thrown in for good measure.

I’m in perfect agreement with the website’s sub-heading that climate change shouldn’t be politicized or divide us. When the right policies protect our economy and jobs as well as our environment, America wins in every way. It’s just that I think it rings hollow when what they’re proposing in the 36 or so pieces of legislation has so little to do with either the science of climate change or the marketplace.