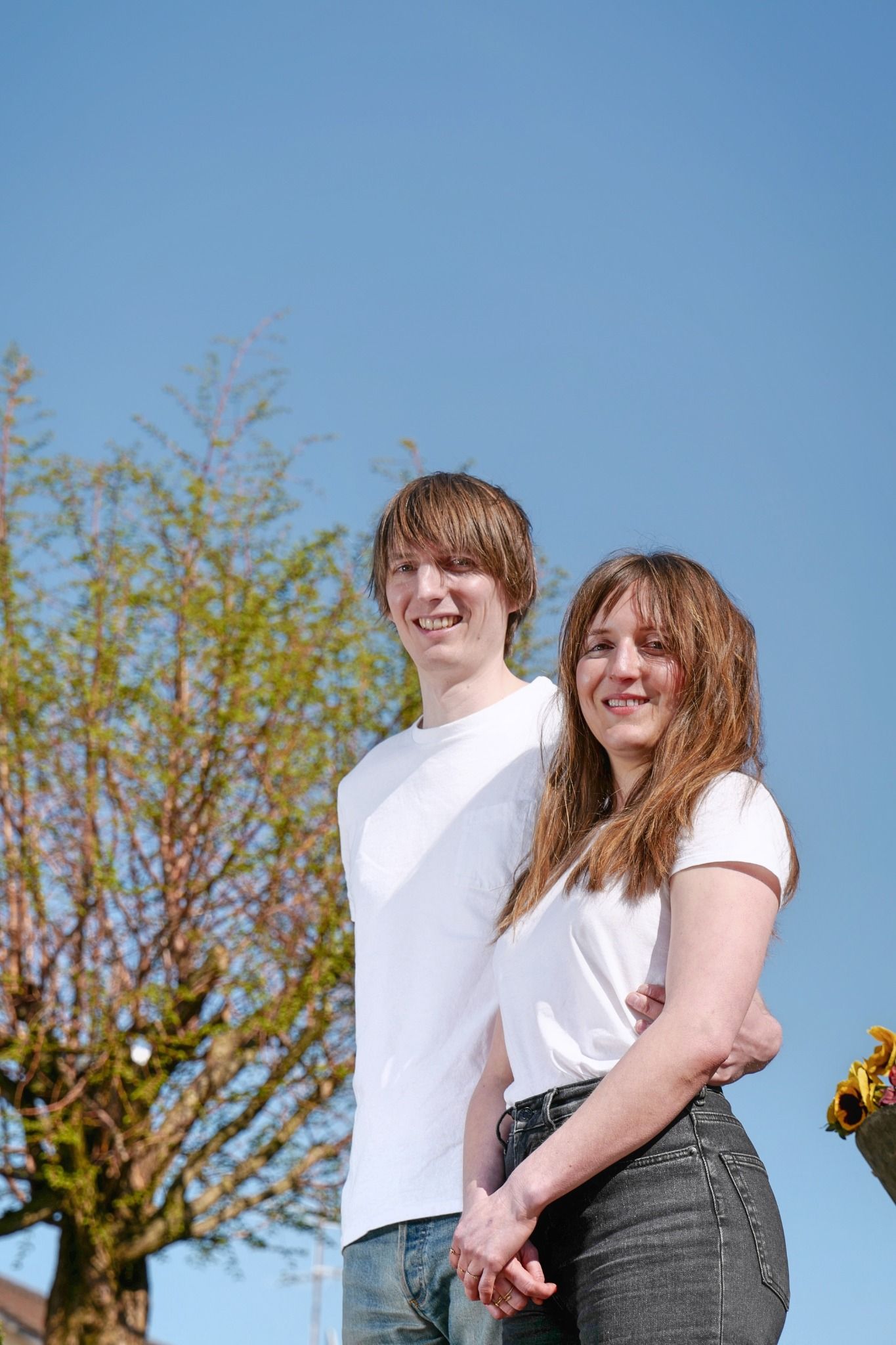 Caroline and Fred run Le Bon Tempeh (French for "the good tempeh") a small and independent business in the region of Lausanne, Switzerland.

For those who haven’t been acquainted with it yet, tempeh is a bean product made from fermented soybeans and other legumes. A traditional food that originated in the Indonesian region of Java, tempeh has gained popularity in most countries as a very palatable plant-based alternative to meat and cheese.

During our conversation, we discussed producing tempeh, regaining food sovereignty, and advancing the access to local, organic vegan food sources.

How their journey began

Two long term vegans, Caroline and Fred first tasted small-batch tempeh more than a decade ago at a shop in Brooklyn, New York. They found it much tastier than commercially produced tempeh that — together with tofu and other soybean foods — began to pop up more regularly on supermarket shelves across Europe.

Back in Switzerland, Caroline and Fred started experimenting with crafting their own homemade tempeh. They gathered inspiration from a 1970s textbook published by an American hippie commune and found recipes posted online by other tempeh enthusiasts.

The results were better than expected. After their homemade creations became popular among their friends, Fred and Caroline decided to take fermenting tempeh more seriously.

Flash forward to the present day, the couple owns a small business that serves restaurants and health food stores in Lausanne and Geneva. Caroline and Fred brew their fresh tempeh from locally grown legumes such as Borlotti, chickpeas, and soybeans produced under the Bio Suisse Bougeon label — the most difficult to achieve Swiss organic standard.

The duo considers making tempeh a very important undertaking for the current state of the environment. They see the process of transforming, preserving, and enhancing simple ingredients as a technique to increase sustainability.

To begin with, Caroline and Fred source their ingredients from organic farms locally which has substantially stimulated the regional demand for legumes. According to growing consensus, the cultivation of Fabaceae — a plant family not typically grown in the Lausanne countryside — is highly beneficial to the soil. Compared to other plants, the organic farming of beans generally accounts for a very small environmental footprint.

Caroline and Fred have also contributed to the revitalization of bean farming and independent retail of healthy food in their community. Through Le Bon Tempeh, they were able to activate a network of organic farmers who grow their crops in collaboration with small entrepreneurs. This keeps prices fair while respecting strict organic protocols. The same goes for distribution.

Le Bon Tempeh products can’t be found in supermarkets. Instead, Caroline and Fred rely on a vibrant system of independent shops and restaurants. This has allowed them to reach even more consumers of diverse demographics and backgrounds.

The environmental state of food production in Switzerland

Fermenting tempeh may involve additional challenges when it takes place in Switzerland, a region where beef and dairy cattle are emblematic of the culinary and industrial culture. Consumers there are often hesitant about transitioning to plant-based sources of protein.

Fortunately, research shows that Swiss people have been consuming less meat, milk and dairy products than in the last decades. The annual consumption of milk dropped from 70 kilos per person in the early 2000s to about 50 kilos today. Similarly, the consumption of meat has declined from 51.9 kilos to 48 kilos.

However, this trend is still too slow, as experts warn. The market for dairy products such as cheese, milk-based drinks, and yogurt remains steady. These ingredients for these products are typically sourced through industrial dairy farming, run by large food conglomerates, with enormous lobbying power and reach in the country.

The story of Caroline and Fred’s tempeh shop is filled with hope and inspiration. Le Bon Tempeh started out small but they continue to advance a simple yet precious goal: Mainstreaming the counterculture of a plant-based diet and promoting access to locally-made, organic vegan food.

After meeting these two passionate individuals I was inspired to believe that we are indeed able to regain sovereignty over our food — from production to supply chain. If you're also interested in making an impact in sustainability and food systems, join fellow activists organizing for these causes on WeAct.

Written by Giacomo Tabacco, a cultural anthropologist by nurture, here at WeAct I collect stories on regenerative cultures in the climate breakdown, mainly from Switzerland, Indonesia and Italy.