A Blue Dog Night: What It Might Mean for a Green New Deal 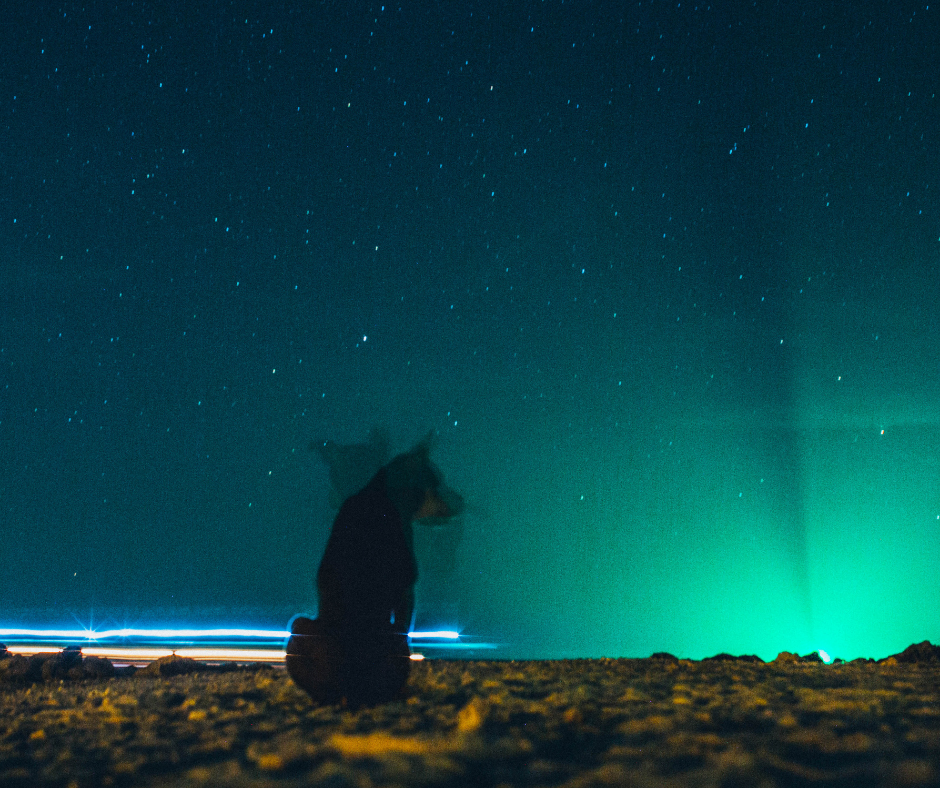 Photo by Alexandru Rotariu from Pexels

We have met the enemy, and they is us.

The headlines scream—Senate shatters record with the longest vote in history as Democrats negotiated the $1.9 trillion COVID-19 relief bill. What they don’t tell you is who—beyond the usual cast of Republicans—the Democrats negotiated until the wee hours of the morning to bring the President’s pandemic relief bill to the Senate floor for a vote and passage along party lines.

Senate Republicans did what they could to stall a vote on the relief act. Ron Johnson (R-WI) went so far as to require the entirety of the bill’s nearly 650 pages read into the record. It took Senate clerks 11 hours to complete what everyone acknowledged to be a useless task.

Johnson, a staunch Trump ally, has been previously criticized for claiming the deadly January attack on the US Capitol was the work of leftists posing as Trump supporters. The delaying tactics of Johnson and other Republican senators, e.g., flooding the debate with 422 amendments, were to be expected.

What wasn’t anticipated, however, were the negotiations needed to convince Senator Joe Manchin (D-WV) to cast his vote with the 47 other Democrats and two independents who were ready to pass the legislation.

To win over the Senate's Blue Dog Democrats, the White House approved last-minute changes to the bill. The term Blue Dog describes more conservative—often southern—Democrats. The phrase isn’t used meanly. It is a tag worn with honor by Senators and the members of the House Blue Dog Coalition.

The changes the White House was willing to accept reduced the amount of weekly federal unemployment benefits, shortened the period of payment, and narrowed the pool of people who would be receiving relief the latest round of relief payments.

The changes addressed the concerns of Democratic moderates including, Senators Sinema (AZ), Tester (MD), and Cortez Masto (NV). They appeared equally responsive to Manchin’s issues with the House version of the bill. As day turned to night, it seemed that Manchin would support a competing Republican amendment offered by Senator Portman (R-OH).

The Ohio Republican’s proposed change would have lowered federal weekly benefits by the same amount as the White House compromise. The most contentious provision of the Portman amendment would have ended the program in the middle of July—a time when Congress is traditionally back in their districts during its Independence Day recess.

Manchin was finally convinced that ending the program in the middle of July would put both Congress and eligible recipients in an unnecessary bind. The Senate’s amended bill extended the reduced federal unemployment benefits through September 6th rather than at the end of the fiscal year.

The Senate version of the $1.9 trillion covid relief legislation now goes back to the House for its likely approval—once again along partisan lines. Democratic congressional leaders intend to have a bill on President Biden’s desk by March 14th, when current federal unemployment benefits will expire.

Although the current COVID-19 relief bill doesn’t contain any climate-related provisions, the drama surrounding it offers lessons the climate community would do well to consider.

Lesson One: Democrats have control of the Senate on a technicality.

As the president pro tempore of the Senate, Vice President Harris can break tie votes. With half the Senate controlled by each party, any Democratic defections must be paired with an equal number of Republican desertions to achieve the needed tie.

Notwithstanding the talk of bipartisanship and inclusion of several of the GOP proposed changes, not one Republican in the House or Senate voted for either version of the legislation. It is not to say that GOP lawmakers are entirely at fault.

Lesson Two: The Democratic majority in the House is nearly as thin as the Senate’s.

Any four House Democrats unwilling to approve a measure can defeat it without Republican support. House Republicans appear generally more opposed on principle to anything the Democrats might propose that their fellow Senators.

House Democrats are likely to accept the Senate’s version of the relief package. However, it would be a serious mistake to think House progressives will continue to toe the moderate Democratic line.

It seems there’s never a ceiling for the rich when they want a tax cut. And never

a floor for the poor when they need help.

Representative Ilhan Omar admonished her Democratic colleagues, saying this is not the promise that we made... [or]… why we are given the opportunity to be in the majority in the Senate and have the White House… so ultimately it is a failure when we compromise ourselves out of delivering on behalf of the American people and keeping our promises.

Lesson three: Most Democrats in Congress are much less worried about being called out as “wastrels” and “profligates” by their Republican or Democratic colleagues than they were the last time they controlled both ends of Pennsylvania Avenue.

House approval of the Senate’s version of the relief act is likely only because of the immediate need of millions of Americans who remain out of work and have bills to pay. Over 18 percent (10 million +/-) of American renters in the US are behind in their rent. Compare this to the seven million homeowners who lost their properties to foreclosure over the five years of the Great Recession.

A recent study by the chief economist at Moody’s Analytics  and an Urban Institute fellow found the typical delinquent renter now owes $5,600. The total owed by delinquent renters in the US is $57.3 billion. The estimates reflect the state of the economy around the middle of January 2021. The numbers continue to go up daily for as long as unemployment rates remain high.

According to the study’s authors: delinquent renters are more likely to be lower-income, less educated, black, and with children than those who are current.

Lest it be forgotten, landlords are also feeling the pinch of the pandemic. According to the Aspen Institute, 47 percent of the 48.5 million rental units in the US housing market are owned by “mom and pop” landlords. Fifty-eight percent of them don’t have access to credit lines that can be drawn upon in an emergency.

Lesson four: It is not arrogance that’s raising the comfort levels of congressional Democrats when it comes to enacting stimulus legislation in a time of recession—whether induced by a burst housing bubbles or the latest novel coronavirus.

In late February, a Monmouth University poll showed that 60 percent of Americans supported President Biden’s $1.9 trillion measure. More than two-thirds of the respondents said that the $1400 stimulus checks were more important than bipartisan support for the bill.

A Quinnipiac University poll released in February showed 78 percent support for the $1,400 stimulus payments. These numbers are borne out in a Morning Consult survey taken between February 26th and March 1st, 2021.

When the Democratic origins of the stimulus plan were withheld, the survey found that 77 percent of all voters and 59 percent of Republicans supported the measure’s direct payments to some Americans, enhanced unemployment benefits through July, and provided funding for state and local government, as well as K-12 schools and universities.

These same numbers are playing into the intra-party debate Democratic progressives and moderates are having these days. The 2020 congressional elections were something of a disaster for the Democrats. They were expected to add to their House numbers and possibly take control of the Senate. They instead lost 15 House seats—going from 237 seats to 222.

Shortly after the election, it appeared that voters in traditionally Republican districts had grown more uncomfortable with Democrats than in the 2018 midterms. This time around, they seemed to have bought the Trumplican line that a cabal of Democrats was posing as upright Americans when in fact, they were the leading edge of a communist wave. The claim was not dissimilar to the one Ron Johnson has been peddling about the January 6th insurrection.

Things have changed since the November election. Over a half-million Americans have now died because of COVID-19 and Trump’s handling of the crisis. More than ten million Americans are still out of work. If long lines at food shelters and nightly news reports are to be believed, many middle-class families are sliding into poverty.

Dave Hopkins, a political science professor at Boston College, believes moderate Democrats feel less constrained these days to support big spending bills. He attributes the change to polls showing the proposals are popular with voters and because the case against Democrats is being made on Dr. Seuss and Mr. Potato Head, not the [growing national] debt.

The former Federal Reserve Chair and current Secretary of the Treasury Janet Yellen and the current Fed Chair Jerome Powell agree that it’s better to go big than small. Time will tell if they’re right.

On the surface, it does seem that voters are reassessing what they expect of government to do for them in these trying times. For the moment, financial aid in the time of contagion doesn’t seem at all what Mitt Romney has called—larding up a piece of legislation with unneeded and wasteful measures.

Lesson five—Joe Manchin is probably the most conservative Blue Dog Democrat in either the House or Senate. He may not be pressured as readily in the future to allow legislation supported only by Democrats onto the Senate floor for a vote.

It all becomes particularly problematic as Manchin is chair of the Senate Energy and Natural Resources Committee; his opposition to party-line legislation could prove a significant impediment to the passage of Biden’s green infrastructure plans.

Next on President Biden’s policy agenda is a green infrastructure bill that’s likely to carry an initial price tag much greater than the current COVID-19 relief package. It appears, however, that Senator Manchin is already laying in the weeds with a demand for a bipartisan bill.

In an Axios interview, Manchin’s intention to block any infrastructure legislation from being brought to the Senate floor through budget reconciliation appeared crystal clear. The West Virginia Senator told Mike Allen he was not going to get on a bill that cuts them [Republicans] out completely before we start trying.

When Allen asked if he thought it possible that ten Senate Republicans would sign onto an infrastructure bill carrying a price tag that could go as high as $4 trillion, Manchin said he sure did. He stipulated other demands, as well, including that the legislation must be 100 percent paid for—presumably through tax increases.

The overall lesson of the COVID-19 relief bill is it only takes one to derail President Biden’s relief and green infrastructure agendas—substantial portions of which could be passed by a simple Senate majority through the budget reconciliation process. The onus of finding ten Republicans while keeping progressive Democrats and Independents on board may prove too heavy a burden for President Biden, Senate Majority Leader, and House Speaker Pelosi to bear.

A lot is riding on what Senator Manchin ultimately decides. A year more of gridlock on climate matters, including green infrastructure, would not only bring the nation closer to crossing the 1.5 degree Celsius threshold scientists warn of, but it could well fracture the Democratic Party.